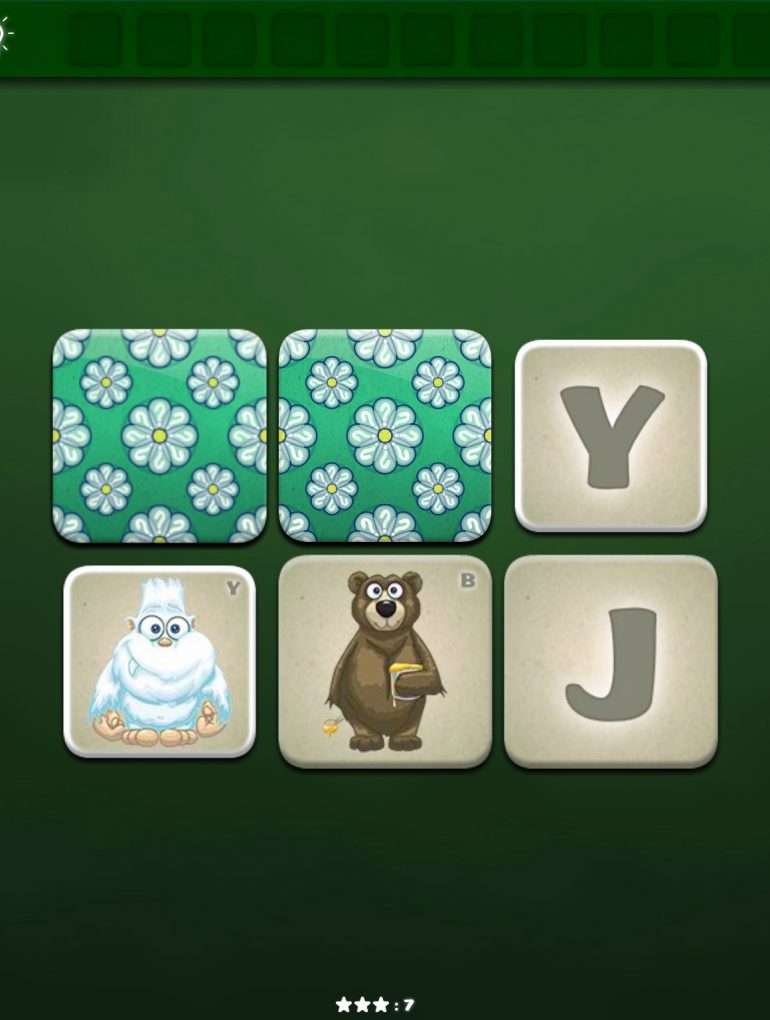 Preschoolers ABC Playground PRO offers six different alphabet activities to help young learners master vital early reading skills. The app is loaded with options to help with individualization. This review covers the new and improved version of the app. You can read the original review at https://bestappsforkids.com/2012/playground-hd3-abc-edition/.

Preschoolers ABC Playground is a high quality app that is loaded with helpful features for parents and children alike. Parents and teachers can customize the app’s performance and features to set time limits on play, to reset the rewards system, to show or hide the reward game, and more. The games are intuitive to use and offer practice on a wide array of skills at each of three levels.

Preschoolers ABC Playground really covers the bases in the area of alphabet skills. Young learners can trace and copy letters, match letters to key word pictures, put letters in alphabetical order, spell words from the simple (such as “frog”) up to the very complex (like “alligator”), hear initial sounds, and even write whatever they wish in multiple colors. Many of the games offer three levels of difficulty, as well. The app’s built-in visual-motor interface (tracing and copying) is really enhanced by the capability to change pen colors; students will really find that to be memorable. It can be set to say letter names or sounds, so students can easily progress from one level to the other when they are ready.

The Flashcards game shows a letter (with or without tracing prompts), voices its name or sound, and pairs it with a key word that begins with that sound. The Practice section allows learners to trace both capital and lower case forms while they see and hear the sound and the key word. The Write activity gives players the option of writing directly on the screen with a finger or stylus, with or without guidelines. Users can also choose to “type” in capital or lower case letters of two different manuscript fonts or a cursive font. When the masterpiece is finished, there is the option to take a screenshot of the finished piece. The Alphabet game shows students the entire alphabet with key words on the easiest level, to match capitals with lower case letters on the second level, and put letters in order for sections of the alphabet on the most difficult level. The Pairs game offers three different levels of “Memory” type games, and the Words level requires students to spell words from easy to difficult.

It’s great to see a game that offers a fun diversion between practice sessions, and that’s exactly what Preschoolers ABC Playground has set up. Players earn stars for correct answers and three stars get traded for an apple. Apples can be used to “buy” time on the reward game, so the more practicing your child does, the more reward game time can be earned. This is a really good system for coaxing kids, even the reluctant ones, to practice. It might be nice if there were one or two other games that could open up after extended play to add a bit of variety, but the current set up is fun. The app also has a time limiting feature that will help siblings or classmates to take turns and give parents and teachers a measure of control over the length of play time if they want it.

Though the initial purchase price of this app is a bit more than many, it covers such a lot of ground in terms of activity types and available levels, it is worth the investment. With multiple levels of difficulty, including six games, and covering several types of letter learning, kids will have educational fun for a very long time to come.

This app is very child-friendly. It includes no outside advertisements and no in-app purchases. All links are contained within a protected parents’ area. The parents’ area is accessed using an effective parent gate, and contains options to reset stars and apples, turn the reward game on or off, change the language or the narrator’s voice, set a time limit for play in hours and minutes, and switch between letter names and letter sounds. This area also houses a link to rate the app, an email link, social media links, privacy information, and links to other apps from the developers. The outside links within this parents’ area are protected by a second parent gate, which is an outstanding system to keep kids from unauthorized access. The one minor annoyance was a ratings pop-up that appeared after a few sessions inside the parents’ area. It seemed unnecessarily intrusive, since there is a ratings link included.