USA-Illustrated Atlas is a fun memory challenge focused on facts about the United States. It includes five reference maps and four games to help commit the information to memory.

USA-Illustrated Atlas organizes basic geographical information about the United States into five reference maps. These include a map with basic facts about each state, a map of states and capitals, a map of the thirty largest cities, a map of the ten longest rivers, and a topography map. The app also includes four practice games designed to stimulate memory for information commonly assessed in elementary and middle school social studies.

USA-Illustrated Atlas is a wonderful app designed especially for upper elementary students studying the United States. It is easy to use and comprehensive within the elementary social studies curriculum. The app will also be useful for middle school students and anyone else studying beginning United States geography. Each of the five maps focuses on a different field of information, including facts/trivia about each state, largest U.S. cities, ten longest rivers, states and capitals, and twenty highest mountains.

The facts map is by far the most detailed, featuring three or more icons in each state, representing landmarks, industry, wildlife, and more. When an icon is touched, the app opens up an information box and voices the name of the feature. There is additional detailed information to read, as well as sound effects. The cities map and the rivers map mark the largest examples, including statistics such as population and river length. The states and capitals map includes callouts with data such as the state bird, motto, admission date and so forth. The topography map focuses on mountains and other topographical features of the country.

One drawback to the app that some may find quite distracting is the accented and somewhat unusual pronunciations used by the narrator. The voice is a bit mechanical, but frequently accents are in strange spots and some vowel sounds are not voiced in the usual manner. For example, “Amish” is pronounced with a sharp short A sound when it should be the more rounded “aw” sound. The L in the second syllable of “Lincoln” is voiced, and the word “automotive” is pronounced with a short O in the third syllable, coming out as “au-toe-mot-ive.”

This app does an outstanding job of organizing and relating important facts and statistics about the country, and it’s nearly perfect for use with upper elementary students who need to commit such things to memory for success in social studies class. It contains detailed information, and could be used as one reference for the short state reports so often required in these grades.

In addition to the reference maps, the app includes four games to help students commit the information to memory. “Match the Pair” is a memory-like game, featuring sixteen facedown cards with flags and states. There are two levels of difficulty.  “States and Capitals” also has two levels of difficulty and requires players to match state maps, names and capitals. The “Trivia” game has facts about different states with the state name omitted. Players have a choice of three possibilities to fill in the blanks. “Find It On A Map” marks four states or capitals on a map of the U.S., and gives their names in a bank below the map. Students must drag the name to the correct spot.  All of these activities are very effective ways to practice information that is likely to show up on social studies tests in upper elementary classrooms.

USA-Illustrated Atlas takes what many children consider a tedious and boring subject and makes it much more engaging using the interactive features of the Ipad.  The narration, sound effects and animations will help maintain student interest, and the games are entertaining enough that they will be played again and again. Successful completion of the game activities is rewarded by stars, so users can gauge their own progress by watching the star count pile up on each game.

This app is a lot of fun and will challenge even most adults. It’s a great review of basic information about the country and will serve as a valuable study guide for students who are preparing for social studies tests over the United States.  It could also be used as a source of information for reports about states.

USA-Illustrated Atlas contains no outside advertisements, no in-app purchases, no links to social media and no connection to the internet. There is a protected Parents’ Area that houses controls to details such as sound effects, narration and so forth, as well as a system to email developers. Adult users can also rate the app using the link to go to the App Store.

USA-Illustrated Atlas is a fun memory challenge focused on facts about the United States. It includes five reference maps and four games to help commit the information to memory. 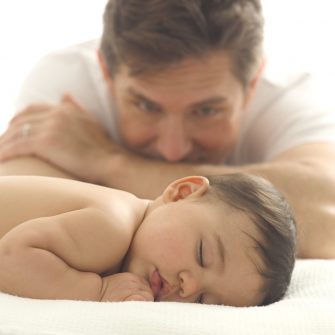