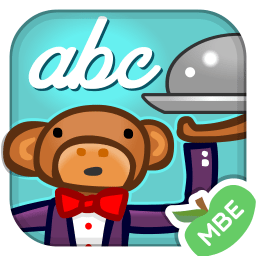 Some people think that cursive writing is a lost art, but Crazy Cursive Letters doesn’t think so. This app, available in six different languages, gives kids a chance to practice their cursive writing skills. It does this through three modes of play, having kids write individual letters, short words, and words that they choose on their own. All kids have to do is follow the arrows and they’ll soon be on their way to writing cursive perfectly.

The settings section of the app contains many features designed to enhance its quality. Kids can select from two different styles of cursive, opt to practice one letter or multiple letters at a time, and even adjust the settings based on whether they are right handed or left handed. Additionally, the app allows up to 10 user accounts and each user can save his/her own settings.

Once kids set up their profile, they can begin practicing their cursive writing. The app offers two different styles of cursive, so parents and teachers should make sure kids practice the style they are expected to know. The app gives kids three different ways to practice their cursive – by the top 100 words, individual letters, and free writing. With each option the letter or letters appear on the screen along with a series of arrows. Kids move the pen based on the direction of the arrows to write in cursive. In general, this is a great concept and one that should benefit kids. However, the arrows are fairly small and occasionally the pen gets in the way. If the arrows were bigger, the app would be more effective. As it stands, it may be frustrating for kids who are new to cursive writing. In addition to the letters being small, the app only lets kids writer shorter words in cursive. In the free writing section, kids can type in their own words to write in cursive, but the word box only allows 9 letters and the letters are squeezed so tightly you cannot see the individual arrows. Words with 1-4 letters work best in that section.

In addition to teaching kids to write in cursive, the app also includes a phonics option. While the idea is good in theory, the phonics option does not do a great job of sounding out the words, focusing instead on individual letter sounds. This also seems to be a bit low level for the age of kids who are likely to be interested in writing cursive.

For kids, the highlight of the app is likely to be the free writing section. They can type in any word or combination of letters (although not more than 9 letters at once) and it will appear on the screen for them to write in cursive. Of course, this will likely lead to kids typing a bunch of nonsense or silly words, but they’ll still learn to write in cursive, so that’s okay. To boost the entertainment factor, the app also rewards kids with new sounds and fun sound effects as they successfully write letters and words in cursive.

This app is priced comparably to similar apps, but aspects of the app, such as the focus on only short words, cause it to lose a bit of value. What does give it additional value is that it is available in six different languages and the top 100 words change for each language.

Once kids have created a profile, which simply involves entering a name, they can start interacting with the app. The main screen displays a more apps button, although it is locked. Kids can also access the settings screen where they can turn the sounds, phonics, pen, and multiple letters options on and off. There is also a reset progress option, but it is also locked so only parents can access it.